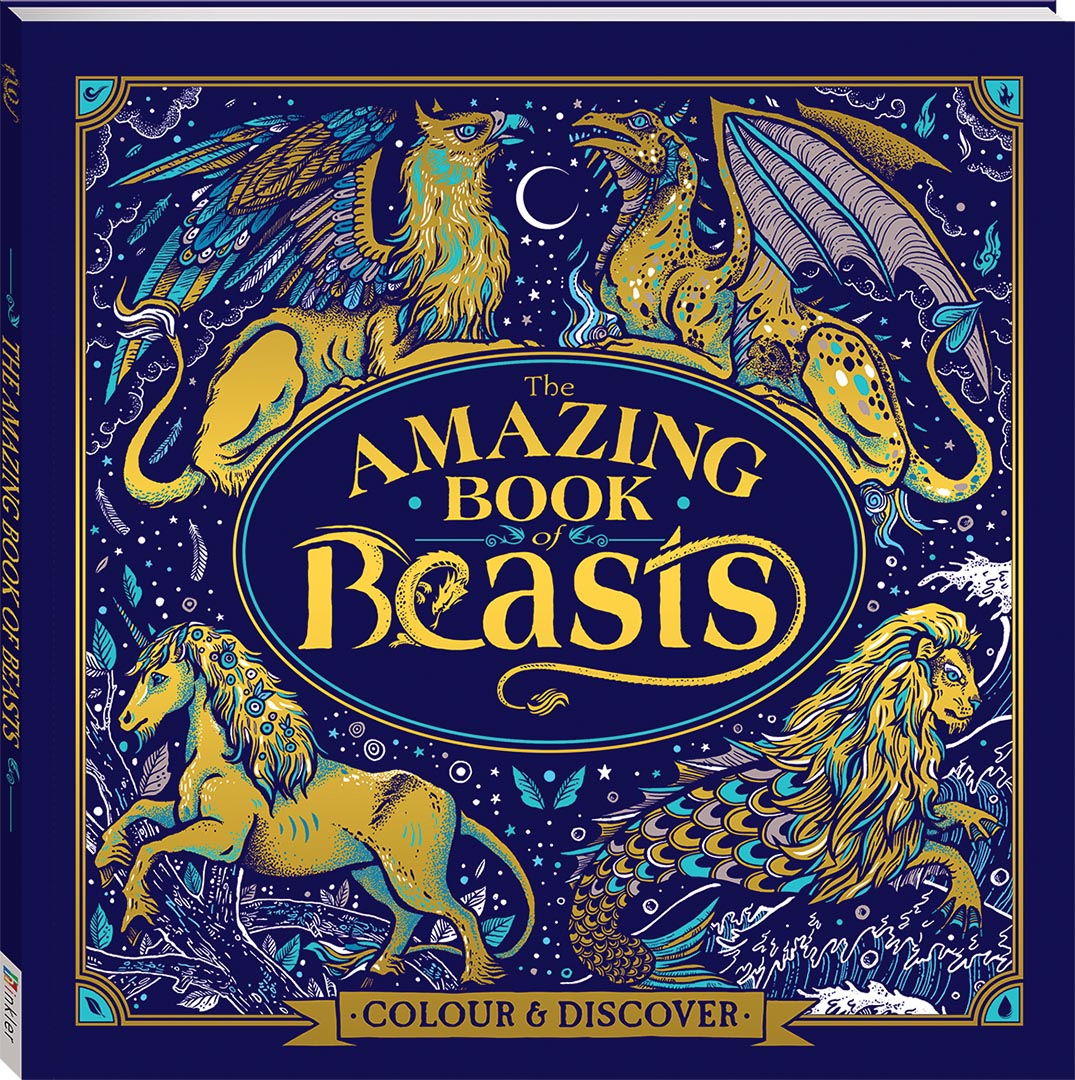 A compendium of fantastical creatures, mythical monsters and awesome beasts to colour and discover.

Embark on a journey across ancient lands and civilisations, through earth, wind, water and fire, to find beasts from myth and folklore. Some of the animals in this book were forged in the fears and imaginations of ancient civilisations, while others were probably based on real-life creatures that early explorers had never seen before. From gryphons and dragons to wicked werewolves and snake-haired Gorgons, there are over 90 creatures to colour.