Let’s be Frank: Hinkler at the 2017 Frankfurt Book Fair

This is the 20th year that Hinkler has had a booth at the Frankfurt Book Fair! The sun was shining for the entire fair…and not just from the weather. We were very proud of our showcase of books (check out our colourful stand!), the fair was its usual buzz of excitement and energy, and it was a very fruitful experience for Hinkler. 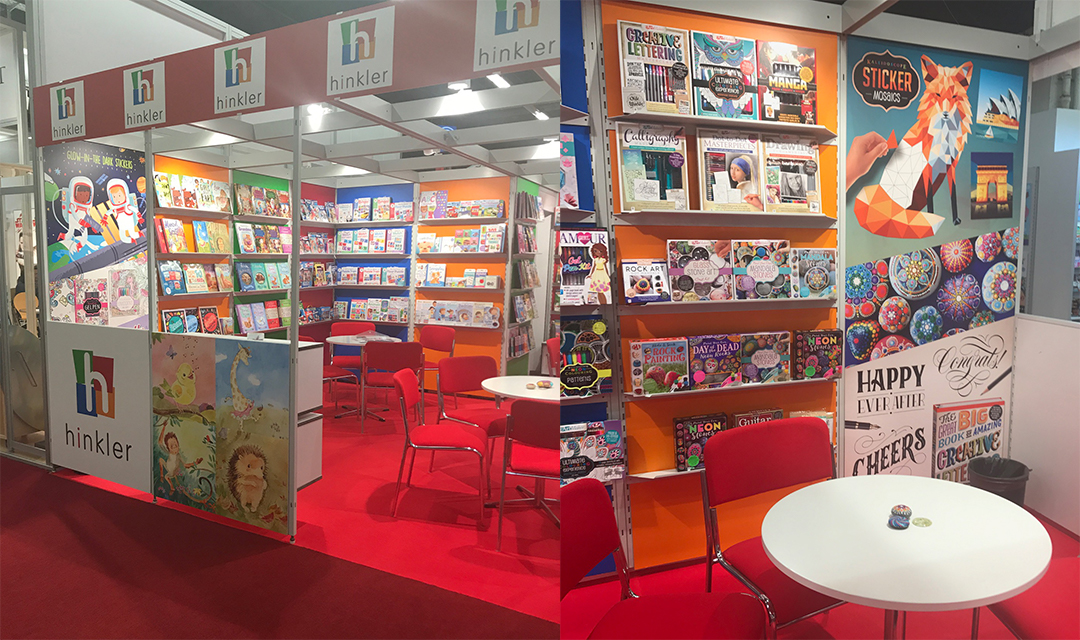 But before we give you the details on that, here’s some fun stats: Frankfurt Book Fair is the largest trade fair for adult and kids books – it has been around for 500 years! It is considered to be the most important book fair in the world for international book deals. The first three days are only for trading visitors, while the last two days are also open to the general public. There are over 7,300 exhibitors from over 102 countries and more than 285,000 visitors that take part in the fair. That’s a substantial amount of book lovers and creators under one roof! It’s a great opportunity to connect with existing partners and to make new ones.

Hinkler’s goal at Frankfurt is to build and expand on relationships with our many partners across the globe. What was most exciting for us at the fair this year is that we had a very strong reception to our book-and-kit products that help us stand out from traditional publishing companies. Our retailers and partners are embracing this product innovation. Our best-selling rock painting kits for instance, were the star of our booth.

We came up with some new and trendy ideas to put into development as well – they’re top secret for now, but be on the lookout for some exciting new kits and books for 2018 and beyond!

We are already looking forward to going back to Frankfurt next year!

Share
Go Back
Recent Blogs
Hinkler News
Howdy, Howie! Saving the world one koala at a time
Something for You
Screen time or scream time? Drama-free tips for detoxing your digital native
Books and More
Spotlight on an artist: Cristina Ciovarta